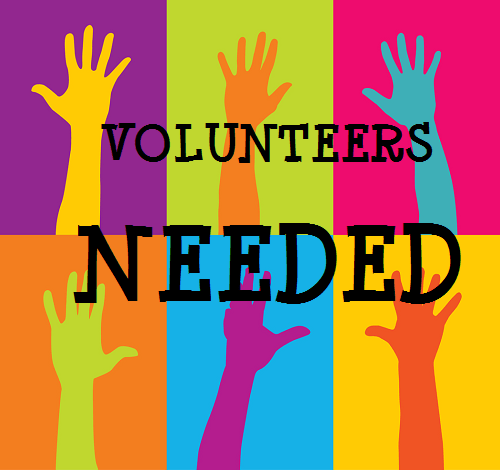 We Need You Here!

Do You Have Drive?

RSVP works with two different organizations that need drivers. One is The Love Center, which is a homeless shelter for women and families in Gadsden. The Love Center needs drivers sporadically to drive a person to an appointment or a job interview, and they will usually ask for this a few days in advance. The second is MANNA (Meals At Noon Nutrition Assistance). MANNA drivers dedicate about 2 hours one day a week or one day a month to deliver hot, nutritious meals to elderly or disabled individuals. Obviously, a requirement for this volunteer opportunity would be a valid drivers license, up-to-date auto insurance, and a clean driving record.

2-1-1/ First Call for Help provides the most up-to-date information available to people who call We strive to: To maintain the professionalism in the provision of this service according to the United Way of America/AIRS National Standards and 2-1-1 Connects Alabama; To promote 2-1-1 and United Way in the community Key Responsibility: Answer 2-1-1/First Call for Help phone calls and using the Resource Library database (iCAROL) referring clients, as appropriate, to resources that will meet their needs. Learn and update resources available to people of Etowah County on a regular basis Serve as an advocate, as needed, in linking clients to services

"You've Got a Friend"

Make a new friend by making simple phone calls each week. Check on patients, making sure they have the necessary medications and supplies that they will need throughout the weekend. It's an easy task, and a very important one, so help make weekends less frightening and chaotic for some cherished people. Volunteers 18+ are welcome to inquire.

The YMCA is looking for licensed lifeguards. Perfect for retirees, stay at home moms, students, or someone looking for a 2nd job with flexible hours. MUST be a GOOD SWIMMER and have a current license.

If you have clerical skills waiting to be tapped into, we need you! Answering phones, filing, faxing, and hopefully some computer entry work are all waiting for a conscientious volunteer. Weekly help would be greatly appreciated! Adults 16+ are welcome to inquire.

Have you ever wondered where all the money goes that is donated to United Way? Members of our Allocations Panel, as a team, review agency programs and financing, and make recommendations to the Board of Directors as to how the collected funds will be distributed each year. We need community volunteers to assist in this important task. You will attend panel orientation, then with your partner you will

A World of Plants Awaits

Plant lovers! Come share some time with our teens, teaching them gardening skills with flowers or vegetables. Lead a group project to plant a vegetable garden and follow its progress throughout the season to the tasty results! Perhaps flowers or other plants are your passion. Teach some basics of planting and caring for plants. Connecting with the Plant World can be very therapeutic, so share your

Bring some craftiness into the lives of our youth! Teach any kind of hobby or craft, or provide any form of art training and open up a world of creativity to these 11 -17 year olds. Your help is needed year-round, but especially during the summer months. We have a variety of supplies, and we can purchase more as needed. Adults 19+ are welcome to inquire; various background checks are required.

Big Brothers Big Sisters of North East Alabama needs mentors & tutors for children in Etowah County. You can choose to be a school based mentor, in which you volunteer to spend one hour a week with the same child at his/her school. Another option is to spend time with a child outside of school for a few hours a month where you will meet with that child to talk, play games, study at home or attend ext

Break out your bows and arrows and teach our older Girl Scouts the basics of Archery. Volunteers are needed to set up an archery field, as well as to assist the girls in developing the skills of this precision sport. We need people during the regular school year, as well as during our Day Camp in June, so we can work out convenient times for you.

Have a favorite book or favorite author approprate for youth? Spark literary interest in our girls by introducing your book or author to them, through any age-appropriate activities you can dream up! Use crafts, puppets, costumes, music, what ever you wish, to hook these youth into your book. Even take them on a trip to the public library to teach some library skills; we'll provide the girls' transp

Volunteers in the food room are shopping buddies to the guests. The volunteers guide the guests with a cart around the mini mart to choose their foods. It's like grocery shopping with a friend. Other duties are re-plenishing any shelves that need to be stocked. Sort and mark food donations.

UNITED WAY OF ETOWAH COUNTY DAY OF ACTION - WHY I VOLUNTEER!

It felt as though we were doing something unlawful or wrong as we loaded the family van last weekend and headed toward the Georgia coast. We filled the vehicle with suitcases, the kids’ scooters, the slip ’n slide and even a bouncy house, along with beach toys.After being home and largely shut in since mid-March, the feeling of cabin fever had set in long ago. Our nerves were shot after weeks of nothing but each other, our two dogs and our tiny home. The kids were arguing more, [...]

Heffner column: Subject to their own laws

What do we mean by autonomy? The dictionary defines autonomy as being “self-governing, independent.” In biology, it means to exist as an “independent organism and not as a mere form or state of development as an organism.” As parents, much of the time we are dealing with our children in a “state of development,” looking toward the time they will become “independent organisms.”Autonomy actually means more than independence in the sense [...]

In a few months, voters in the United States will choose the person who will become president for the next four years. You’ve probably heard a lot about the candidates. One is the current president, Donald Trump. The other, Joe Biden, was President Barack Obama’s vice president. You might have also seen the donkey and elephant as symbols of the parties the candidates represent. So have you ever wondered where those symbols came from?

The Mom Stop column: Dreaming of a good night’s sleep

I was standing by the pool in my father’s backyard, staring at a vintage stereo and mentally reminding myself to call my cousin Bobby to see if he wanted it or if I should donate it.On the concrete edge of the drained pool nearby stood a tower of glassware in various colors, mid-century modern pieces, mostly vases that my grandmother had collected over the years. They stood on a leaning shelf-like tower. It was at that moment that I thought to myself that the vases were leaning too [...]